Carbon Monoxide: From Awareness to Action

Carbon Monoxide: From Awareness to Action launched on 19th January 2015.

The 92-page inquiry report, entitled ‘Carbon Monoxide: From Awareness to Action’, warns that approaches towards promoting carbon monoxide safety that rely too heavily on general public awareness-raising may on their own prove ‘insufficient’ to ensure individuals and families are adequately protected from the dangers posed by the colourless, odourless gas.

While recognising awareness-raising as a vital first step in the protection process, the report calls on all stakeholders involved – including government and energy, fuel and leisure industries – to go further and adopt key behavioural science techniques that have proven effective in other areas of public policy, not least in reducing domestic energy use or improving public health.

The report argues that by better understanding how people interact with the variety of environments in which carbon monoxide poisonings occur, the different fuel-burning appliances and gas detection systems present, and the manner in which people receive and interpret messages containing important safety warnings, government and industry can better influence behaviour and radically improve the efficacy of carbon monoxide safety initiatives.

Focusing primarily on three key areas – ‘Domestic Appliances and Environments’, ‘Detection and Technology’ and ‘Campsite and Boating Environments’ – the report makes more than twenty recommendations, including:

'A deeper and more sophisticated understanding'

The report follows a nine-month inquiry chaired by Baroness Finlay of Llandaff and Dr Rachel McCloy, Director of the Centre for Applied Behavioural Science at the University of Reading.  The inquiry found that alongside awareness-raising, data, context and messengers are all vitally important factors in determining the effectiveness of carbon monoxide safety efforts, influencing heavily the extent to which safety messages reach (and are understood in) each of the myriad situations in which CO poisonings occur.

An adequately-resourced data strategy will be vital to inform successful campaigns and other activities to promote and improve safety. These and other initiatives, the report argues, will require greater coordination of efforts amongst multiple actors as well as departmental ownership to prevent poisoning incidents. This includes a stronger role for the Department for Communities and Local Government, and the Fire and Rescue Services.

Speaking ahead of the report’s launch, inquiry co-Chair Baroness Finlay of Llandaff commented:

“What this report is calling for is an unashamedly radical step-change in how we approach carbon monoxide safety in the UK. Raising public awareness of the dangers of carbon monoxide poisoning is an important first step, but we need a deeper and more sophisticated understanding of the CO poisoning environment if we are to successfully eradicate all future occurrences. Behavioural science offers us that deeper understanding and will enable us to move from awareness to action.”

“Academia can play an important part in improving CO safety in the future, and behavioural science has been increasingly used across policy-making and campaigning in recent years. By applying behavioural insights, this inquiry encourages a range of new trials, studies and approaches, and with better coordination of research, data, and campaigning, interventions and approaches to saving lives and preventing injuries can be greatly improved.”

The report builds upon a previous inquiry by the APPCOG, 2011’s 'Preventing Carbon Monoxide Poisoning', which focused primarily on improved methods of direct CO detection and awareness-raising  over the dangers posed by carbon monoxide poisoning and the appliances that emit it.

Department of Health figures from 2013 show that accidental carbon monoxide poisoning results in around 40 recorded deaths and 200 hospitalisations each year in England & Wales. Other recent Department of Health figures indicated that there are 4,000 attendances at accident and emergency departments for treatment for CO poisoning each year in England.

A 2013 letter from the Chief Medical Officer, Chief Nursing Officer and Director of Nursing (Department of Health and Public Health England), also highlights that “[w]hilst a considerable number of people die from accidental acute CO poisoning, it is now confirmed many more are injured by sub-lethal exposure. It is likely that the true number exposed in this way is even greater than reported.”

The work of both the APPCOG and the Carbon Monoxide All Fuels Action Forum, including this inquiry, is generously funded by The Council of Gas Detection and Environmental Monitoring, EnergyUK, The Institution of Gas Engineers and Managers, The Gas Industry Safety Group, National Grid Gas Distribution, Northern Gas Networks, SGN, UKLPG, Wales & West Utilities.

For more information or to request a posted copy of the report, please contact dominic.gillan [at] policyconnect.org.uk. 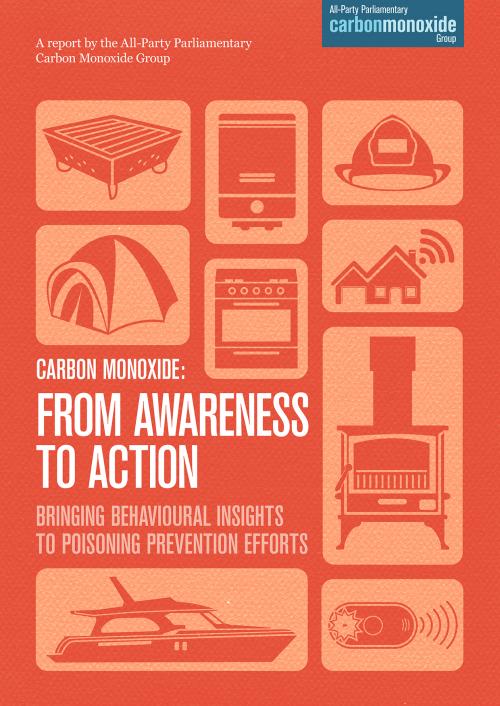 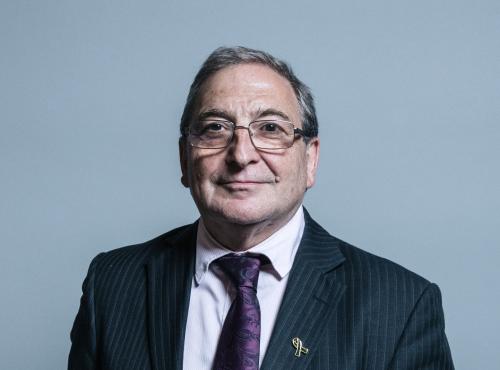 Advisory Board Meeting with DLUHC speaker

Advisory Board Meeting with DLUHC speaker 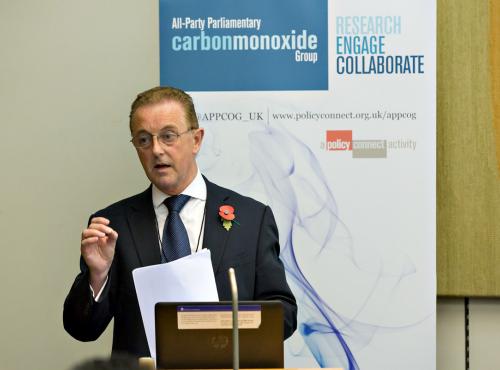 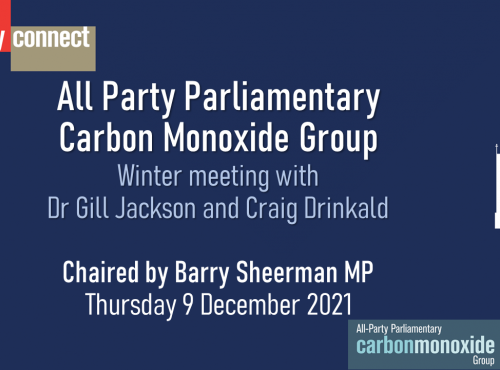