Minister of State for Health

Stephen Barclay was appointed as Minister of State for the Department of Health and Social Care on 9 January 2018. Stephen was previously Economic Secretary to the Treasury from June 2017 to January 2018.

He served as a Government Whip (Lord Commissioner of HM Treasury) from July 2016 to June 2017. He was elected Conservative MP for North East Cambridgeshire in May 2010.

Stephen was educated at King Edward VII School in Lytham St. Annes Lancashire before reading history at Peterhouse, Cambridge. He later studied law at the College of Law, Chester.

From 2010 to 2014 Stephen served on the Public Accounts Committee which scrutinises government spending. Stephen served as Assistant Government Whip from May 2015 until July 2016.

Stephen qualified as a solicitor in 1998. He worked as an insurance company lawyer for Axa Insurance, as a regulator for the Financial Services Authority, and as Director of Regulatory Affairs and then Head of Anti-Money Laundering and Sanctions at Barclays Retail Bank.

Stephen is married and has 2 children.. 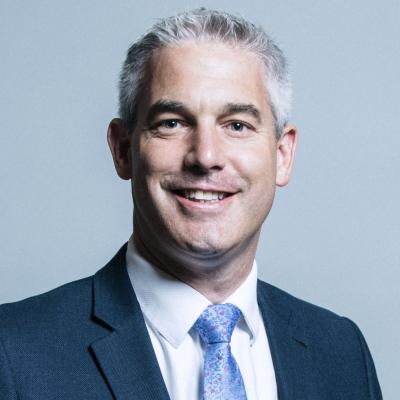