Advisory Board member Roland Wessling is a Research Fellow in Forensic Archaeology & Anthropology at Cranfield University, and Project Director of a study into the impacts of CO on the UK population.

Roland was on the Advisory Board of the 2015 APPCOG Inquiry.

Roland studied physics and astronomy in the early 1990s after completing his officer’s training in the German Military Police Force. He then moved on to archaeology, law and soil science at the University of Hamburg, Germany, before moving to Sheffield University, UK, graduating in archaeological sciences in 1998. He then completed his university education with a MSc in forensic archaeology at Bournemouth University, UK.

Since then, he has been working as a freelance forensic archaeologist on international atrocity crime investigations in Bosnia, Croatia, Iraq, Cyprus and France as well as working on domestic crime cases in the UK and Germany. Roland regularly participates in delivering short courses in the USA and has done similar projects in Colombia. Most recently, Roland was one of the two Senior Archaeologists of the team that excavated 250 British and Australian Soldiers from WWI in Fromelles, France. For more information, please visit the Commonwealth War Graves Commission website.

Roland is also Director of Operations of the Inforce Foundation.

For a long time, Roland has promoted the importance of forensic radiography in the context of forensic archaeological and anthropological investigations and has recently been made an honorary associate member of IAFR (International Association of Forensic Radiographers). 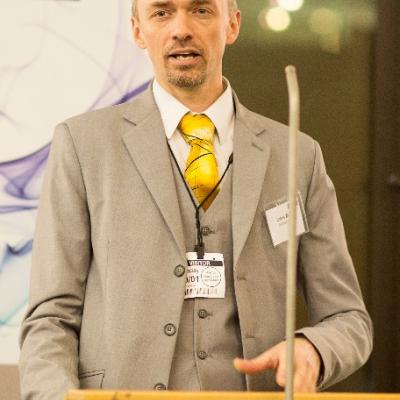