Chair of NHS England
Professor Malcolm Grant is Chair of the NHS England. He is a barrister, environmental lawyer, academic and public servant. In his former role he was President and Provost of UCL.  Professor Grant was formerly the Chair of the Local Government Commission for England (1996–2001), and Chair of the Agriculture & Environment Biotechnology Commission (2000–2005), leading the provision of strategic advice to the government on the implications of biotechnology, including genetic modification, for agriculture and the environment. He was also Chair of the UK Independent Steering Board for the Public Debate on GM (2002–2003). He was the Independent Member and Chairman of the Standards Committee of the Greater London Authority (2000–2008). Professor Grant was Chair of The Russell Group of UK research universities from 2006-2009.   Professor Grant is currently the British Business Ambassador (appointed by the Prime Minister in 2008 and reappointed in 2010), a Member of the Higher Education Funding Council for England (HEFCE), a Member of the Economic and Social Research Council (ESRC), a Member of the Hong Kong University Grants Committee and a Governor and Member of the Council of Management, The Ditchley Foundation.   Professor Grant was awarded the CBE in 2003 for services to planning law and local government. He was appointed Officier dans l’Ordre de Mérite by the French Government in 2004. 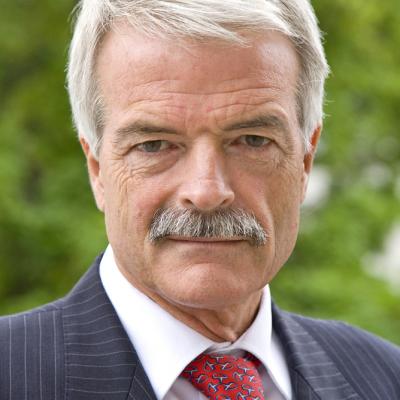