Douglas Chapman is a Scottish National Party (SNP) politician. He has been the Member of Parliament (MP) for Dunfermline and West Fife since the 2015 general election. He is the SNP's Small Business, Enterprise and Innovation spokesperson. Douglas joined the APDIG in 2021.

Douglas was born in Edinburgh in the mid 1950s, and grew up in East Calder and  Livingston and attended West Calder High School. Douglas worked in the Scottish Parliament for 6 years and in 2006 became the SNP’s Campaign Manager for the 2007 Scottish Parliament and Local Government elections. In his political career, Douglas served as a councillor for Rosyth and North Queensferry ward on Fife Council – Scotland’s 3rd largest council —  for nine years  and held political responsibility for Education and Children’s Services and then COSLA Spokesperson for Education, Children and Young People before becoming an MP in 2015.

Douglas is currently the SNP Spokesperson on Defence Procurement , Peace & Nuclear Disarmament at Westminster. He is also the only Scottish MP on the NATO Parliamentary Assembly. 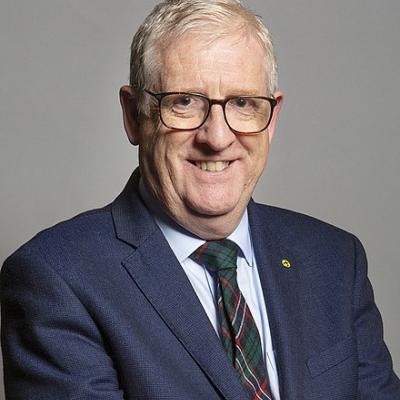