Secretary of State for Health and Social Care

Matt Hancock MP was appointed Secretary of State for Health and Social Care on 9 July 2018.

Matt Hancock is the MP for West Suffolk, having been elected in the 2010 general election. From 2010 Matt served as a backbencher on the Public Accounts Committee and the Standards & Privileges Committee. Matt entered government in September 2012 and has served in a number of Ministerial Roles, including for skills and business, and as Paymaster General. He oversaw the expansion of apprenticeships, and championed the digital transformation of government.

From July 2016 he served at DCMS as Minister of State for Digital and was responsible for broadband, broadcasting, creative industries, cyber and the tech industry.

Before entering politics, Matt worked for his family business, as an economist at the Bank of England, and as Chief of Staff to the Shadow Chancellor of the Exchequer. He holds degrees from Oxford and Cambridge Universities.

Matt is married to Martha and has three young children. He is the first MP in modern times to win a horse race, having raced to victory at the Newmarket July Course in August 2012. He is an avid cricketer and plays for the Lords & Commons Cricket team. Matthew once played the most northerly game of cricket on record, and succumbed to frostbite en route to the Pole. He retains all his fingers 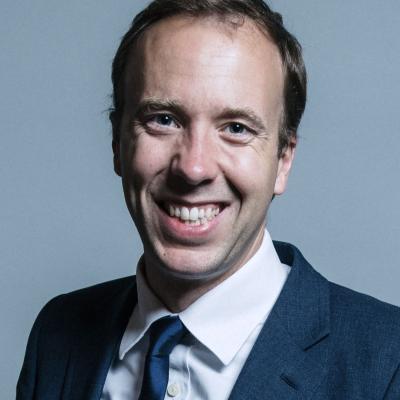