Baroness Garden of Frognal is the Liberal Democrats Lords Spokesperson on Higher & Further Education and Skills.

Sue Garden read Modern Languages at St Hilda's College Oxford. She was a teacher in England and Germany, was a volunteer with the Citizens' Advice Bureaux, a welfare counsellor and military caseworker. Settling in London, she joined City & Guilds to work on vocational qualifications from 1988 - 2000, continuing in an advisory role until 2008.

She has been actively involved with educational and charitable organisations, is a member of the World Traders' Livery Company since 2000, and Master of the Company 2008-09.  She was appointed a life peer in 2007.

In 2008, she was a spokesperson in the Lords for Children, Schools and Families, in 2009 for Universities and Skills. In October 2010 she was appointed a Baroness-in-Waiting and Government Whip and Spokesperson for the Department for Culture Media and Sport (Olympics, sport, lottery, tourism), Department for Business, Innovation and Skills (Higher Education) and the Department for Education. From 2012-2013, she led for the Government on Higher Education and Skills (BIS), and was Whip/Spokesperson for Education (DfE) and Defence (MOD). She is a Fellow of City & Guilds (FCGI), of the RSA (FRSA) and Honorary Fellow of the Chartered Institute of Linguists (HonFCIL). She is on the Council of the Air League and of the Japan-UK 21st Century Group. 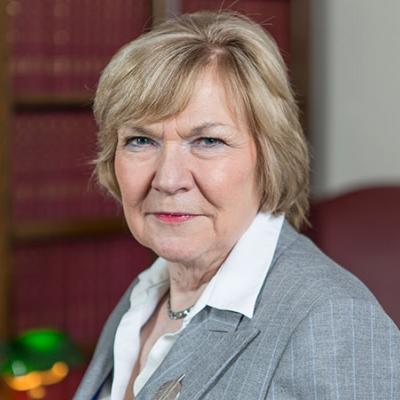