Ilora Finlay FMedSci, Baroness Finlay of Llandaff , is a Welsh doctor, professor of palliative medicine, an Independent Crossbench member of the House of Lords, and Co-chair of the APPCOG.

A professor of palliative medicine, Baroness Finlay has had a long-standing interest in promoting CO safety in and out of Parliament. She chaired the APPCOG's inaugural research inquiry and report, 'Preventing Carbon Monoxide Poisoning', in 2011 and was also the Parliamentary Chair of the 2015 APPCOG report, 'Carbon Monoxide: From Awareness to Action'.

Baroness Finlay currently serves as Deputy Speaker and Deputy Chairman of Comittees in the House of Lords.

She is a past president of the Royal Society of Medicine. She is a professor of palliative medicine at Cardiff University School of Medicine, and is consultant at the Velindre cancer centre in Cardiff. On 28 June 2001, she was made a life peer as Baroness Finlay of Llandaff.

She is currently a Vice President of Marie Curie, Patron of The Trussell Trust's foodbank network in Wales, and the Motor Neurone Disease Association, as well as is also a co-chair of the All-Party Parliamentary Group for Health and the Parliamentary Group on Dying Well. 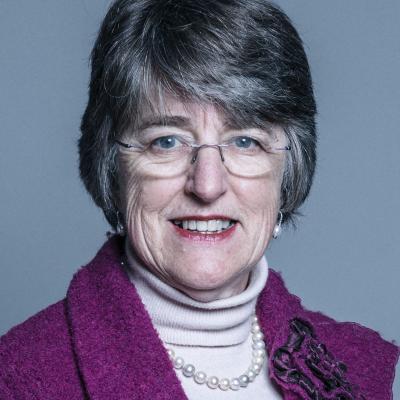