As featured in The Times, findings released by the Higher Education Commission which show that degree apprenticeships may be good in theory but they’re not delivering for small employers or disadvantaged students. This is despite over 99% of UK businesses being SMEs and previous government commitments to providing a ‘head start’ for young people.

The stark research findings show that certain prospective students are being cut off because they are in cold spots or they are disadvantaged (or, often, both).

The findings were released exclusively in The Times on Monday 28 February, and Robert Halfon MP, Chair of the Education Select Committee, responded by tweeting

"Real missed opportunity by @educationgovuk @IFAteched to properly boost Degree Apprenticeships, make them a priority and provide ladder of opportunity for those from disadvantaged backgrounds."

Smita Jamdar, Co-Chair of the inquiry and Partner at Shakespeare Martineau, explained that “Both employers and providers felt that there was enormous potential in degree apprenticeships” but that the current set up falls short of the government's rightful ambitions.

Gordon Marsden MP, Shadow Minister for Education, also commented on the social mobility aspect during his keynote address at the research report's launched said he was "shocked to find" that progression wasn't written into the design on degree apprenticeships - he wanted "progression, progression, progression". He shared his concerns that these qualifications were not being designed with the student in mind.

Tom McEwan, report author, emphasised that the Higher Education Commission and Policy Connect were keen to work with government and that many of these changes are simple policy changes. Professor Patrick Bailey, Vice Chancellor of London South Bank University, was particularly clear that deeper systemic changes need to be holistic and pragmatic since there are so many key players.

“If the Government takes seriously its commitment to driving forward social mobility and increasing productivity then it must act to ensure that degree apprenticeships are implemented in a way that is fit for that purpose, enabling small businesses and young people who would benefit most from the provision to do so.”

Sir Chris Husbands, Vice Chancellor, Sheffield Hallam University, said: "An education system fit for the twenty-first century must ensure the acquisition of both academic and technical skills. Students need that. The nation needs that.
This report is clear about the potential of degree apprenticeships to make a difference, at the same time as challenging the current model of delivery.
Sheffield Hallam University has led the way in developing degree apprenticeships. We have seen interest and applications rise significantly over the last two years - but as outlined in the report, more work is needed to support learners.
We need stable funding arrangements, streamlined administrative procedures for the approval of degree apprenticeships, and longer term policy stability. Putting these measures in place will help to ensure the long-term success of degree apprenticeships."

Jonathan Shaw, Chief Executive at Policy Connect, said: “The Government recognised that Britain has a real opportunity in degree apprenticeships to put business in the driving seat for the home-grown talent it needs.  But now it is time to make urgent changes to them, so that we can boost our economy and jobs market.”

Mark Farmer, Founding Director & CEO of Cast Real Estate & Construction Consultancy said: “It is pleasing to see that this inquiry has rightly highlighted the important issues that are inhibiting the full potential of degree apprenticeships in the UK. In particular it is crucial to recognise the role that higher level apprenticeships have in promoting social mobility but that this will only be enabled by simpler, less bureaucratic pathways that connect the different levels of qualifications together. It has also been noted by the HE Commission that many of the current standards are already in danger of quickly not being fit for purpose as we enter a fast moving digitally led world where a growing focus on future skills has to challenge the design and content of new standards. I hope government and the relevant institutions take note of the findings of this report and act on them accordingly.”

Verity Davidge, Head of Education and Skills Policy at EEF, the manufacturers’ organisation said: “Degree Apprenticeships alone may not be the silver bullet, but they are a key piece to solving the skills gap puzzle. Today’s report rightly shines the spotlight on the role that degree apprenticeships can play in meeting the UK’s current and future skills challenge, setting out recommendations on what must happen now and in the future to secure their success.
In particular, we support the recommendation to ensure that higher education providers are involved in the funding process. The current arbitrary funding band caps do nothing to encourage providers to deliver higher cost degree apprenticeships in subjects such as manufacturing and engineering. Higher education providers would be able to give a better steer of the true cost of delivering these subjects based on evidence.” 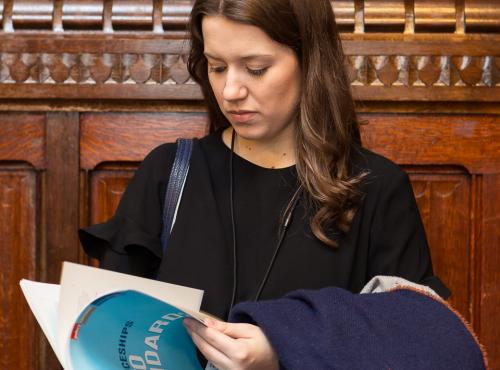 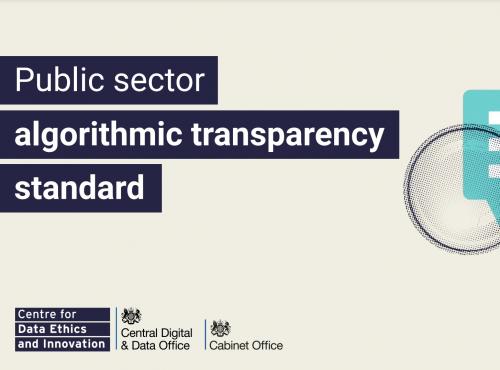 Government introduces first draft of algorithmic transparency standard, a key recommendation of our reports Trust, Transparency and Tech and Our Place, Our Data

Government introduces first draft of algorithmic transparency standard, a key recommendation of our reports Trust, Transparency and Tech and Our Place, Our Data 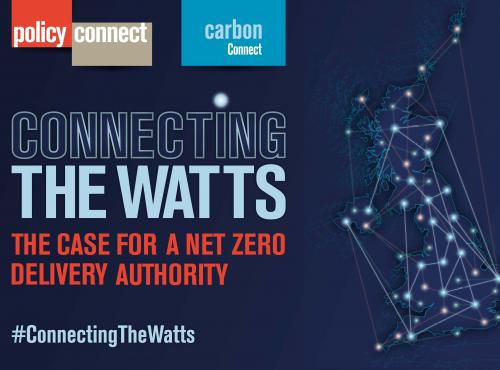 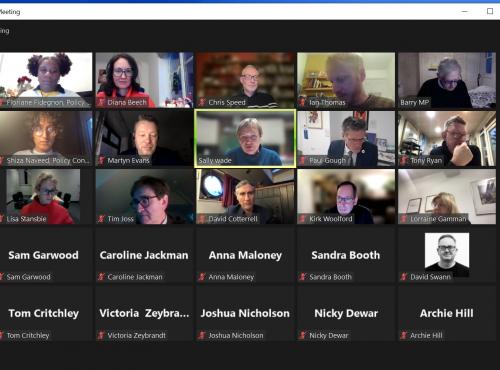