Lord Rogers of Riverside is an internationally renowned architect, and a Labour member of the House of Lords. He has been APDIG President since 2012.

He is the 2007 Pritzker Architecture Prize Laureate, the recipient of the RIBA Gold Medal in 1985 and winner of the 1999 Thomas Jefferson Memorial Foundation Medal. He is also winner of the 2000 Praemium Imperiale Prize for Architecture, the 2006 Golden Lion for Lifetime Achievement (La Biennale di Venezia) and the 2007 Tau Sigma Delta Gold Medal. Richard Rogers was awarded the Légion d’Honneur in 1986, knighted in 1991 and made a life peer in 1996. Most recently, in 2008 he was made a Member of the Order of the Companions of Honour.

In 1995, he was the first architect ever invited to give the BBC Reith Lectures – a series entitled ‘Cities for a Small Planet’ – and in 1998 was appointed by the Deputy Prime Minister to chair the UK Government’s Urban Task Force on the state of our cities. He was Chief Advisor on Architecture and Urbanism to the Mayor of London, Ken Livingstone and has played an advisory role on design to the previous Mayor of London, Boris Johnson. He has also been an Advisor to the Mayor of Barcelona’s Urban Strategies Council.

Richard Rogers has served as Chairman of the Tate Gallery and Deputy Chairman of the Arts Council of Great Britain. He is currently an Honorary Trustee of the Museum of Modern Art in New York, Trustee of Médecins du Monde and President of The National Communities Resource Centre.

He has been President of the APDIG since 2012. 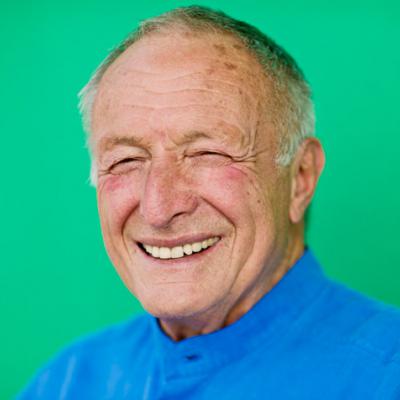